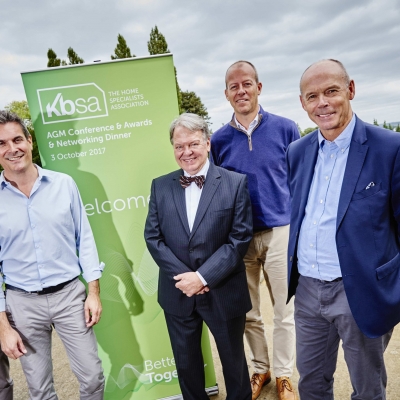 The final presentation at the Kbsa AGM Conference and Networking Dinner by Sir Clive Woodward, was hailed as a great success and brought together the theme of ‘Better Together’ perfectly for delegates, according to the Kbsa.

Sir Clive Woodward was the keynote speaker in a line-up that included entrepreneur Richard Askam and respected property journalist and broadcaster Michael Holmes.

Sir Clive used his experience as the World Cup winning head coach who led England’s rugby players to World Cup glory in Australia in 2003 and director of sport for Team GB at the London 2012, Vancouver 2010 and Beijing 2008 Olympics, to share his thoughts on how to build a team and the importance of teamship.

“All three presentations were exceptional,” says Kbsa national chair Richard Hibbert. “The immediate feedback we had was extremely positive, with attendees noting that not only had they been entertained but had some valuable business lessons and tips to take away that would benefit their businesses.

“We are grateful to all three speakers for their contribution on making this year’s event such a great success.”