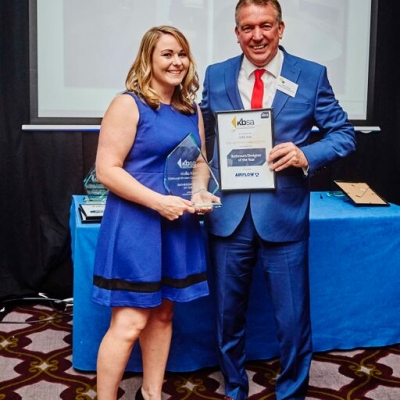 The KBSA have announced the winners of the 2015 Kbsa Designer Awards, and the winner of the Bathroom Designer of the Year, sponsored by Airflow, was Hollie Kerr, of Edinburgh Kitchen Company (EKCO). The judges said of Hollie’s winning entry that it ‘delivered on client brief making the very best of the space available without compromising on style and function’,

Hollie was presented with her award at the annual Kbsa networking dinner on 16 September, which took place following their AGM and national meeting at The Welcombe Hotel, Stratford Upon Avon.

Ruth Ward of the KBSA said ‘Bathroom design has become far more challenging with clients looking for designs that reflect boutique hotel style bathrooms, this year’s entries are a good representation of these.