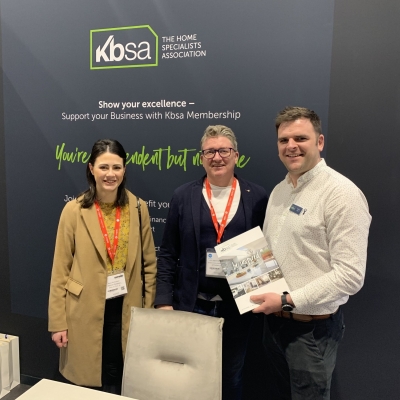 The Kbsa received a substantial amount of interest in the two new finance packages that were launched at KBB Birmingham 2020.

The Kbsa partnered with corporate member Mereway Group for this year’s exhibition, which proved to be a successful format for both to reap the benefits from the record number of visitors that attended on two of the four days.

Kbsa national chair Richard Hibbert said, “The standard of the stands and the experience of being at the show was much better than previous. It was noticeable that there was more space to get around and mingle, making it a more pleasurable experience, especially when it was so busy.

“We are delighted with the quality and quantity of visitors we saw.  We have eighty genuine enquires from retailers interested in joining the Kbsa, and we also had time to have meaningful discussions with members that visited the stand.

“There was substantial interest from visitors on the benefits of Kbsa membership, especially the new finance packages, which were launched at the show.”