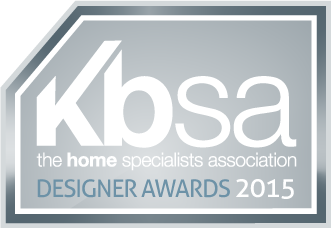 The Kitchen, Bathroom & Bedroom Specialists Association (Kbsa) has announced the categories for this year’s KBSA Designer Awards – which, following a detailed review of previous events, now include new categories as to reflect a changing market.

NEW categories are for ‘ACCESSIBLE/INCLUSIVE KITCHEN OR BATHROOM’; a ‘BATHROOM CONCEPT’ – where designers work to the same brief ensuring entries will be judged on a level playing field; ‘STUDENT KITCHEN CONCEPT’ which comes from a partnership with Buckinghamshire New University to support the inaugural Foundation Degree Course in Kitchen Design. The other categories are: Kitchen Designer – under £25k; Kitchen Designer – over £25k; Bathroom Designer; Young Designer and Kitchen Concept (again from a standard brief from Renee Mascari, CEO of the kbbNTG on behalf of Buckinghamshire New University). Entries will open later this month, and the closing date this year will be 1st June. Winners will be announced at the KBSA Networking Dinner and Awards evening on Wednesday, 16th September 2015 at The Welcombe Hotel, Stratford-upon-Avon.

The 2015 Award sponsors will be announced shortly. Graham Ball, Chief Executive Officer, said ‘We are pleased to add these new categories for this year’s event, as they reflect today’s lifestyle trends, particularly for ‘accessible’ products where the market is now over £150m at MSP, and we all know that his market is set for real growth over the coming years, as the population ages, having different needs. We are also determined to support and promote the new Foundation Degree Course at Buckinghamshire New University and enable the students to engage with the industry. Things are coming together nicely, but it does need the industry to engage more, and we will be working hard to achieve this.’