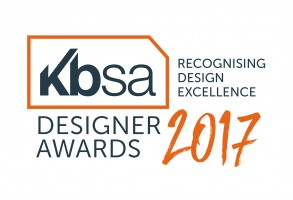 The Kbsa awards 2017 are underway with entries now closed and judges in the process of making their selections for the finalists, which will be announced at the end of July.

“It is fantastic to see a great response from our members once again,” says acting Kbsa CEO and Consultant Uwe Hanneck.” Excellence in design is an important part of the ethos for Kbsa retailers and it is important that we recognise and reward it in this way.”

Renee said: “It is always such a pleasure to be involved with the Kbsa awards. The standards of design have been extremely high in the past and I look forward to seeing some strong categories come through this year.”

The entries for the five design awards are judged anonymously by the judges and a shortlist will be released before the end of July. Awards this year include:

The winners will be announced at the Kbsa AGM Conference and Networking Dinner on Tuesday 3rd October 2017. This takes place at the Welcombe Hotel, Stratford-upon-Avon. This was a sell-out event last year so early booking is advised. Those wishing for further details or to secure tables should contact the Kbsa office on info@kbsa.org.uk