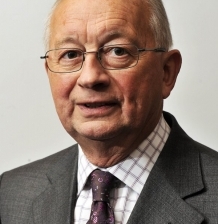 The Kitchen, Bathroom & Bedroom Specialists Association (Kbsa) has broadly welcomed some of the proposals in the Chancellor’s Autumn statement.

Graham Ball, Chief Executive Officer, said ‘The extension of the rate relief scheme for a further 12 months, and the increased discount level will help those with the lowest rateable values – which should help sme’s, but I am not convinced that the long overdue review of the business rates system will have any impact in the shorter-term, as these reviews can often take years to complete, and then we are into the next Government – so this is not done and dusted by a long way. ’

‘Other positives include The Funding for Lending scheme being extended for another 12 months and the £900m for 2 initiatives being run by the British Business Bank for sme’s is encouraging. I think that the Stamp Duty changes could help the kbb sector, as some of those savings will undoubtedly now be spent on upgrading rooms after purchase. As ever, in all these matters, the devil will be in the detail – as we have all been caught out before.

Some smaller changes to inheritance taxation and other areas will also help, but I believe the biggest impact will come next April, when pension money could well flood into the economy – giving a boost to many sectors in the economy – and not only to Lamborghini dealers!’