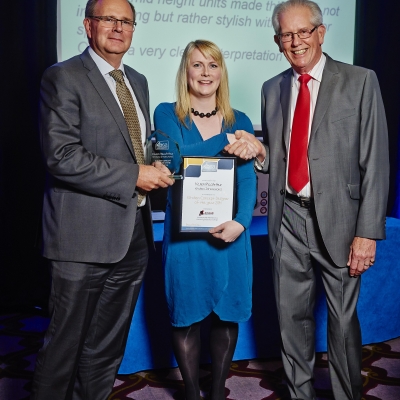 The KBSA have announced the winner of the Kitchen Concept Designer of the Year in the 2014 KBSA Designer Awards as Karen MacArthur from Kitchens International in Edinburgh.

The judges commented that Karen’s was an excellent design they rated highly, and noted the mirror splashbacks as an unusual feature. Using a mix of mid and tall units was not intimidating, but allowed Karen the opportunity to express her design skills to the full.

The Kitchen Concept Award is the first of its kind in kbb awards as all entrants create their design from a common brief which allows the judges to judge from a level playing field. His award is open to all KBSA designers, and is not restricted to young designers.

Graham Ball, Chief Executive Officer, said ‘The judges were again impressed with this year’s entries. It is an honest way of judging this particular award as it’s a single brief, rather than other categories where the brief is specific to each entry. Members like it and we get more entries each year. It seems very timely that our Awards coincided with the launch of the inaugural foundation Degree Course in Kitchen Design which ensures that design skills will be kept in the spotlight – and quite rightly so .’