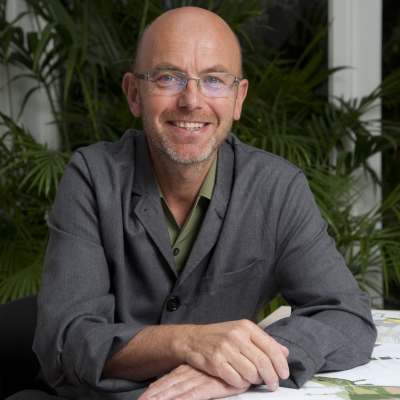 The Kitchen Bathroom Bedroom Specialists Association, Kbsa has announced that English designer Wayne Hemingway is to be head judge for the Designer Awards 2018.

Wayne and his wife Gerardine started and built the fashion label Red or Dead into a company that received global acclaim. After 21 consecutive seasons, Wayne and Gerardine sold Red or Dead in a multi-million cash sale.  They then set up Hemingway Design, which specialises in affordable and social design.  Wayne received an MBE in June 06 Queens Birthday List, is a Professor in The Built Environment Department of Northumbria University, a Doctor of Design at Wolverhampton, Lancaster and Stafford and a Fellow of Blackburn College.

Kbsa national chair Richard Hibbert says, “We are delighted to have secured such a well-regarded designer to head up our new judging panel for 2018.

“This is just one of the changes we are making this year to ensure that our awards are best in class and remain recognised as one of the most worthwhile awards in the industry.”

Wayne will also present the awards at the awards dinner on 12th September at the Stratford Manor Hotel, Stratford-upon-Avon.

Other changes to the Kbsa Designer Awards 2018 include an enhanced rewards and recognition package.  All shortlisted projects receive PR support and promotion of their winning designs and winners have a substantial package of personalised PR support, as well as exposure direct to consumers via the Kbsa’ s own  consumer handbook.  There is also a new financial reward for the Young Designer Award.

The Kbsa Designer Awards 2018 include:

Closing date for entries is 31 May and full details are included on the downloadable entry form which is available here www.kbsa.org.uk/2018-designer-awards